Every birthday counts ... especially the first! BOOK THE SHOOT 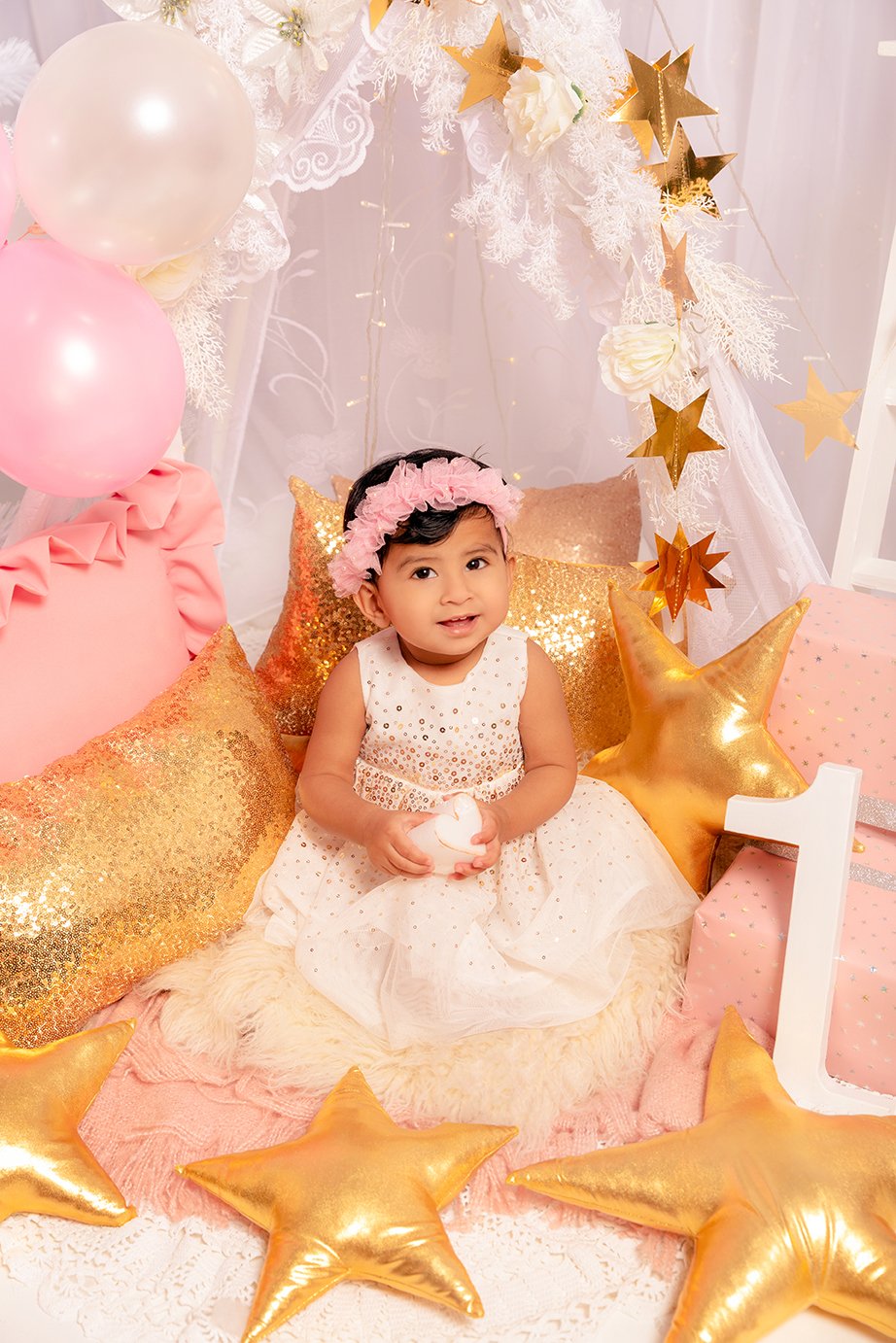 All birthdays are important but this is a first one ever for your child. A great memory to get back to in the future. 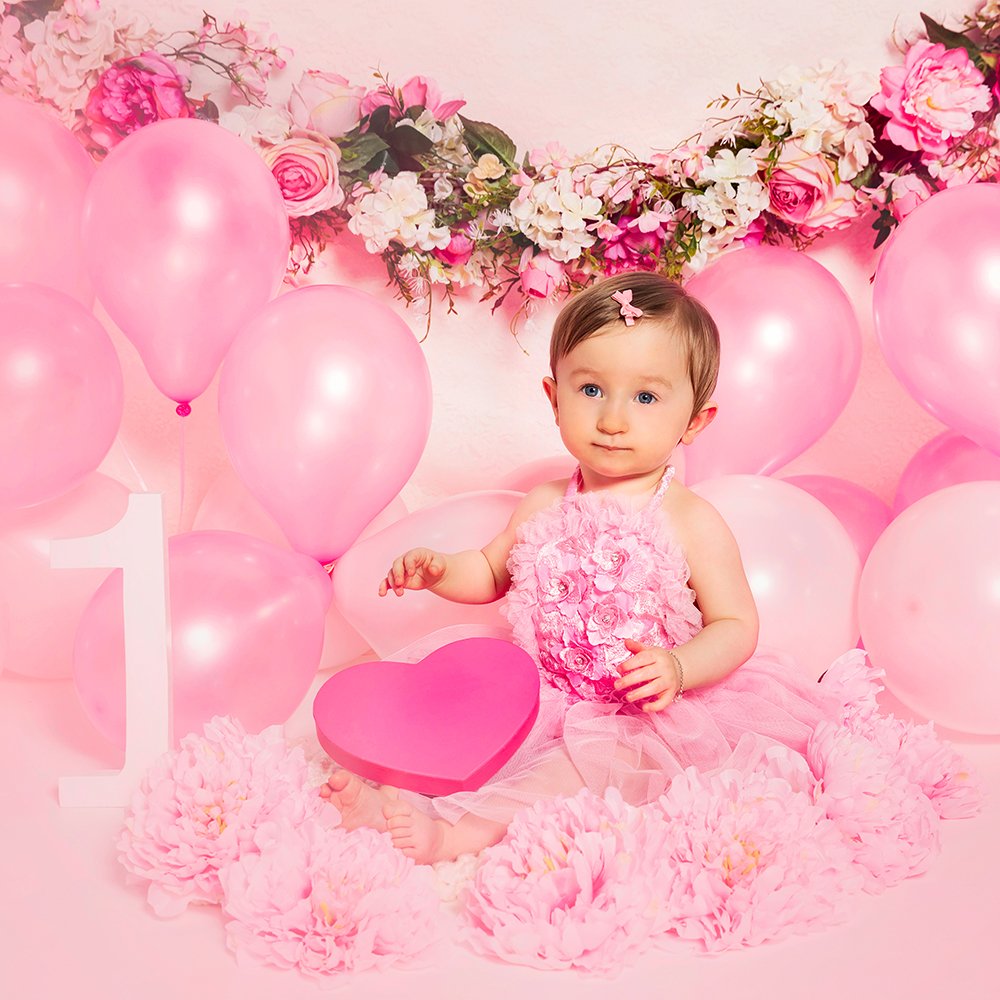 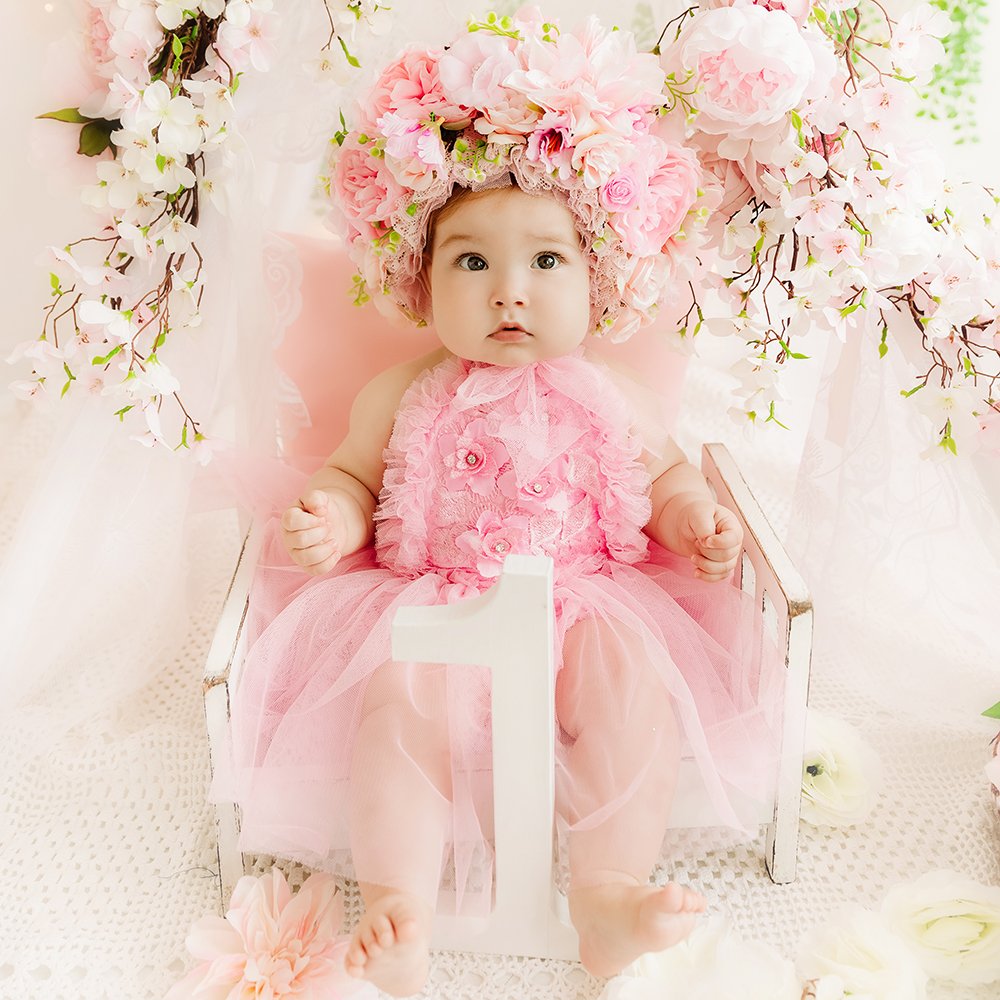 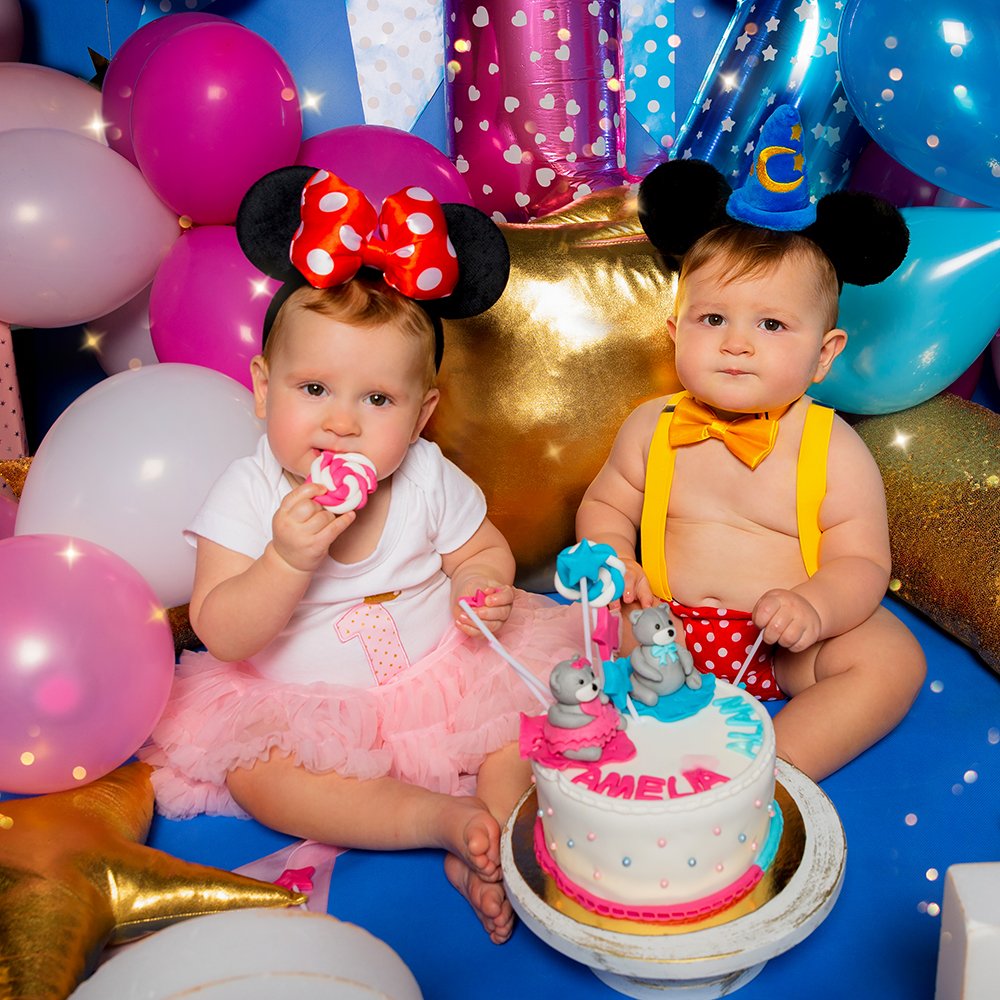 Give your child memories to come back to ... 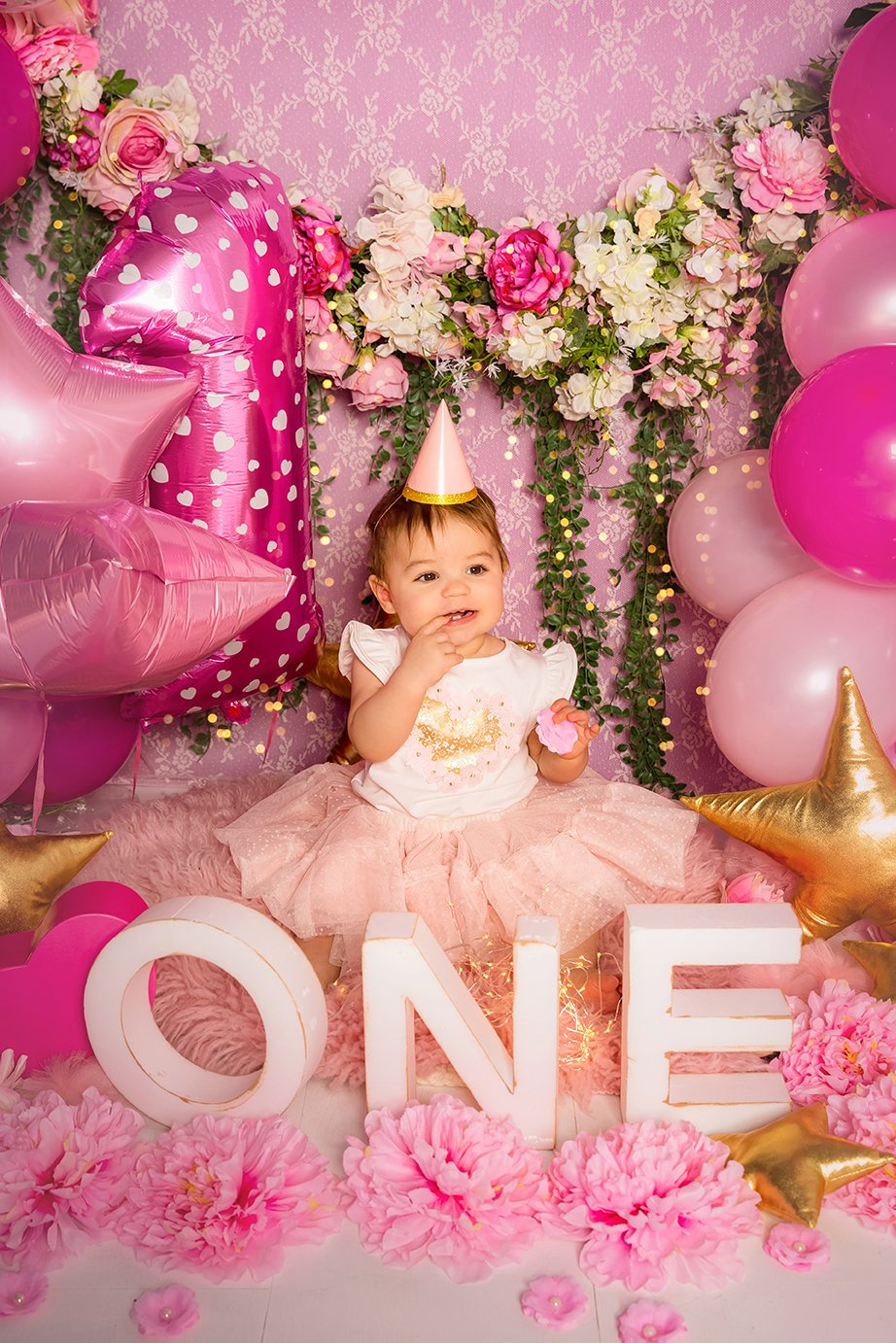 Contact us to check if your desired date is still open.

Your date and time is definitevly booked after the payment of the non-refundable retainer fee of €50,00 (€70.00 if you also chose for having makeup/hair done in the studio), this is part of the whole amount.

Before the shoot we sign the contract based on the package you chose.

After you signed a photo shoot contract and paid the retainer fee we will send you a confirmation e-mail with agenda entry.

5. The Shoot, Retouch and Editing

On the agreed date and time we perform the photo shoot with you. After it the editing and retouch process begins.

When our first selection of photos in your package is ready you will receive an album to confirm these photos, select additional or replace some we selected with ones that are not edited or retouched yet.

Photos from the photo shoots are prepared, selected and edited one by one in the order of performing the photo shoots. I usually work on photographs from a single session at the time. This to ensure I feel the sphere and styles of the photos to provide uniform editing for individual photographed stylings.

You receive finally composed photos after 12 to 22 workdays after the photo shoot date counted from the day of the photo shoot or from the first following Monday if we were photographing in the weekend.

We encourage you to book the photo shoot sufficiently early if you would like to have your photos ready before a certain point in time. The other possibility is to order Express Editing. For photo shoots there are three possibilities:

One Photo the Next Day – €30,00 – I select the photo based on your guidelines (you decide from which styling, if there were more, I should pick the photo from), this is an extra photo, number of photos you will receive later within standard editing time stays the same. I must first accept this assignment (based on my own availability). Photo is ready on the next workday before 17:00 o’clock.

Unless specified differently in the photography package you chose our usual available photo shoot booking possibilities lie on work days (week days) however arranging the photo shoot on the weekend is also possible after additional fee:

What is the best time to plan the pregnancy shoot?

How are my photos delivered?

After the shoot I select the technically good photos and from them than chose the best to edit for you. The number of photos I edit is the same as in your package, however it is later possible to replace them or edit more for you. I explain further …

You receive finally composed photos after 12 to 22 workdays after the photo shoot date counted from the day of the photo shoot or from the first following Monday if we were photographing in the weekend.

You receive them watermarked in an album to approve and in the same album the other I consider good but not edited. If you like a photograph you see in the second part of the album more than a one I have selected, retouched and edited, you can remove it and ask to prepare other from the second part of the album where not edited photos are. Please note that after I receive reply from you these photos to be added or replaced will be ready after 5 to 15 workdays (counted from the moment I receive reply from you on the first prepared set) based on the number of photos you selected.

I always try to select and prepare first the best photos for you, you also see for yourself the ones technically good enough that I didn’t select.

Preparing photos for replacing ones from the first proposed set is free of charge, however if you than decide to select them anyways they will be considered an extra photo (because I prepared other ones for you) and will have to be paid for them as for an extra prepared photo which are €8,00 per piece. If you would like to have substantially more photos from the photo shoot prepared I can make you a tailor made offer based on the photos you would like to get that is more attractive in price per photo.

After you made the final selection and additional photos are paid, I’ll send you all photo files together in one mail. It is not possible to receive part of the order separately if you chose for extra photos. Everything is sent together once.

Is it possible to print my photos in a large format?

We are full service photo studio and provide printing services on broad array of materials. You can order larger format professional printouts and other products from us.

We use professional software and resampling methods and can prepare files for very large sizes, larger than the dimensions received from the digital camera we currently use (Canon 5D Mark III).

The standard dimensions of the files you receive in your package are good for prints at 300dpi in high photo quality in the size of approximately 16×10 cm or slightly larger. I discourage you to order significantly larger format prints from other labs as you might be dissapointed with the quality you receive.

You can order the photos you selected in your package at the full dimensions of 5760×3840 (300ppi) at €5,00 a piece or order larger prints from us. The prints you order from us are prepared from the full dimension files and we can much better prepare the photos for even significantly enlarged printing by use of professional methods and software. This provides you much better quality than ordering prints yourself on some website.

You can read more about our printing offer on this page.

Is the retainer fee refundable upon cancellation?

The booking fee of €50,00 (or €70,00 if you additionally chose for having makeup/hair done in our studio by one of our makeup arists/hair stylists) is a product itself. You reserve the desired time slot which than becomes unavailable to other clients and I also cannot sell it anymore.

Is the retainer fee part of the whole assignment?

Yes, the Retainer Fee is part of the whole assignment. Days before the shoot you receive a second payment link for the rest of the amount to be fulfilled before the photo shoot.